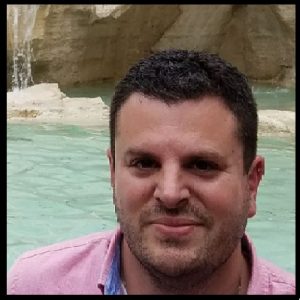 a Senior Transportation Planner who has been with CRCOG since 2014.  He received a degree from the University of Connecticut in Geography where he focused on Geographic Information Systems (GIS).  He has contributed on various projects over the years while working closely with both the Transportation and Policy and Planning Departments.  Some of the larger responsibilities he has had includes working on CRCOG’s GIS Website, Census projects, scenario planning, and CRCOG’s annual Bike/Ped Count. Before coming to CRCOG, he worked at WINCOG where he had previously collaborated with many of CRCOG’s eastern municipalities.

While living in Connecticut his entire life Michael became an avid sports fan. In typical Connecticut fashion, his allegiances are torn between New York and Boston, as he is a fan of the Giants and Red Sox respectively while also being a lifelong Husky fan.  He enjoys movies, cooking, traveling, maps and hiking with his girlfriend and dog.